Wallpaper selection for the upcoming Ubuntu 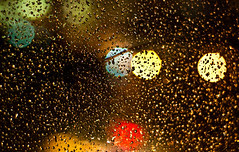 Nifty Fifty Blur
Inserito originariamente da orb9220
Linux is about choice, indeed.. and what better of getting the possibility to choice a pleasant wallpaper for your Ubuntu box?

And what if the images you find already included in your brand new Ubuntu have been choosen in a context which involved a lot of passionate users (and photographers), via a submission in a Flickr group?
As reported in the Kenneth Wimer blog, "the results of the flickr submissions is simply amazing. 639 members submitted 2001 photos. Selecting the images to include in Karmic was a big task, and if there were more free space on the disk, I would add more....".

Isn't it great to see that a linux distribution is a product really built upon the free contributions of many, many people? :-)

Tell your cat NOT to download Amarok for Mac...!

Please be aware that no stable version of Amarok for Mac OS has yet been released. This means those builds are FOR TESTING PURPOSES ONLY. There is no official support for them. These builds might be unstable, have bad side effects, kill your cat, start WW IV or even worse, may not work at all. You have been warned!

Well, I receipt the kind warning. At any rate, why on earth does Amarok for Mac should kill my cat?? Ok since I actually haven't a cat, I can assume I can proceed without concerns... apart from this reference to a WW IV... :-)

Today, the GNOME team has released GNOME 2.28. It builds on the solid foundation laid out by all the previous releases, and adds in a number of new features and improvements, on top of all the bug fixes and performance improvements, of course.

That's great! Just hope to have it soon available in the updates of my Ubuntu boxes...

The very first bug in Ubuntu... the most critical?

A few days ago, just to do something, I wandered on launchpad.net putting my nose in the Ubuntu bug: it always gives me a good feeling to see how the faults are not hidden but rather exposed and solved with the help of the community ... one thing I like about Linux, absolutely.

Another possible consideration revolves around the complexity of the modern operating systems ... a complexity that is reflected in the large number of bugs (though of different sizes: admittedly many of them are not "critical"): for example, the quoted bugs page in Ubuntu lists more than sixty-five thousand bugs... and I have no reason to believe that other systems like Windows or Mac OS X may have a different story. At most - perhaps, as a matter of fact, I have not investigated - bugs will be less visible ...

But the thing that turned out to be really funny (to me and my son Andrea, who had come to see what I was doing early in the morning) happened when we searched for the very first bug in Ubuntu: here is what we have found ... (in passing, have I already said that I love linux for its playfulness?)

Bug # 1 in Ubuntu: "Microsoft has a market share Majority"

Majority Microsoft has a market share in the new desktop PC marketplace. This is a bug, Which Ubuntu is designed to fix ....

I'd suggest you to take time to read carefully the specifications of this annoying bug., which include the details of how to reproduce the bug ( "Visit a local PC shop..."), what happens ("note that the majority of PCs for sale have software 'not free' preprogrammed ") and so on ...
One might ask who submitted the bug .. ah, a certain Mark Shuttleworth ..

Step by step, Google Reader keeps growing and evolving.. recently I noticed a small but useful improvement, in the "mark read" section.

Namely, it's now possible not only "mark all read", but also to mark as read all the feeds older that one day, one week or two week. Very useful if you have a lot of feeds and you're away from your computer for a while. In this case, you probably cannot check all the updated feeds, but choose to check only the most recents.. once again, well done Google ! ;-)

Posted via email from Signal 2 Noise

Finally, after several tries that revealed themselves as nothing else than frustrating, last night I managed to interact with the servers of the new online game Monopoly City Street at a speed good enough to really play (by the way, I am in the game with the nick marcolinux, in homage to one of my favorite operating systems).

I must say that, despite its simplicity, since the first announcement, I felt quite interested in this curious online version of the classic game "Monopoly" ... The most intriguing thing is the chance you have to play on a virtual scenario as big as .. the whole world! As a matter of fact, the choice to rely on Google Maps was a nice thought indeed.

While from a technical standpoint the basic idea of this mash up, i.e. to make Google Maps "playable", is nice and certainly worthy of being further developed, it also must be said that - from an organizational perspective - the "launch" occurred, in my view, not in the best way, perhaps underestimating at a certain degree the potential interest of the game, or at least the peculiar issue of "newness": the consequence was to have, for many hours, servers too busy, and too many gamers detectably unsatisfied. It had been better, perhaps, to deal with a slowly growing traffic, perhaps relying on the classical mechanism of "invites" (remember the opening of Gmail..?). To be honest, in this case not even this strategy would be satisfactory, as the first to play would have clear advantages over players entered a second moment (if not else, more roads to choose from, to buy them).

Now however such "imperfect" start - with someone who could play and someone else who could not - has created a large number of requests for a "fresh start" , a new beginning that would reset all game situations. Needless to say, you easily understand that some people are happy and who is not at all ...

Personally, beyond the interest on the specific game, I am also intrigued to observe the development of the project, and even more to watch at all the "social" buzz that it has already generated (discussion groups, social networking, etc ...). Moreover, all in a very short time, if you think about it!

So, yesterday I went to sleep with my purchase of fourteen streets, some in Rome (Piazza S. Agostino was my first purchase, which is still among my properties), others in Ravenna (only because I have found still much to buy there)

Admittedly, the dynamics of the game is pretty simple (at the moment) ... But, as my son Simone says, "it excites me a lot when I buy a road, because then I realize that I'm the only one to own it, in the whole world ...!"

Beyond all other possible considerations, how can I say he's wrong ...? ;)
By Marco Castellani a September 12, 2009